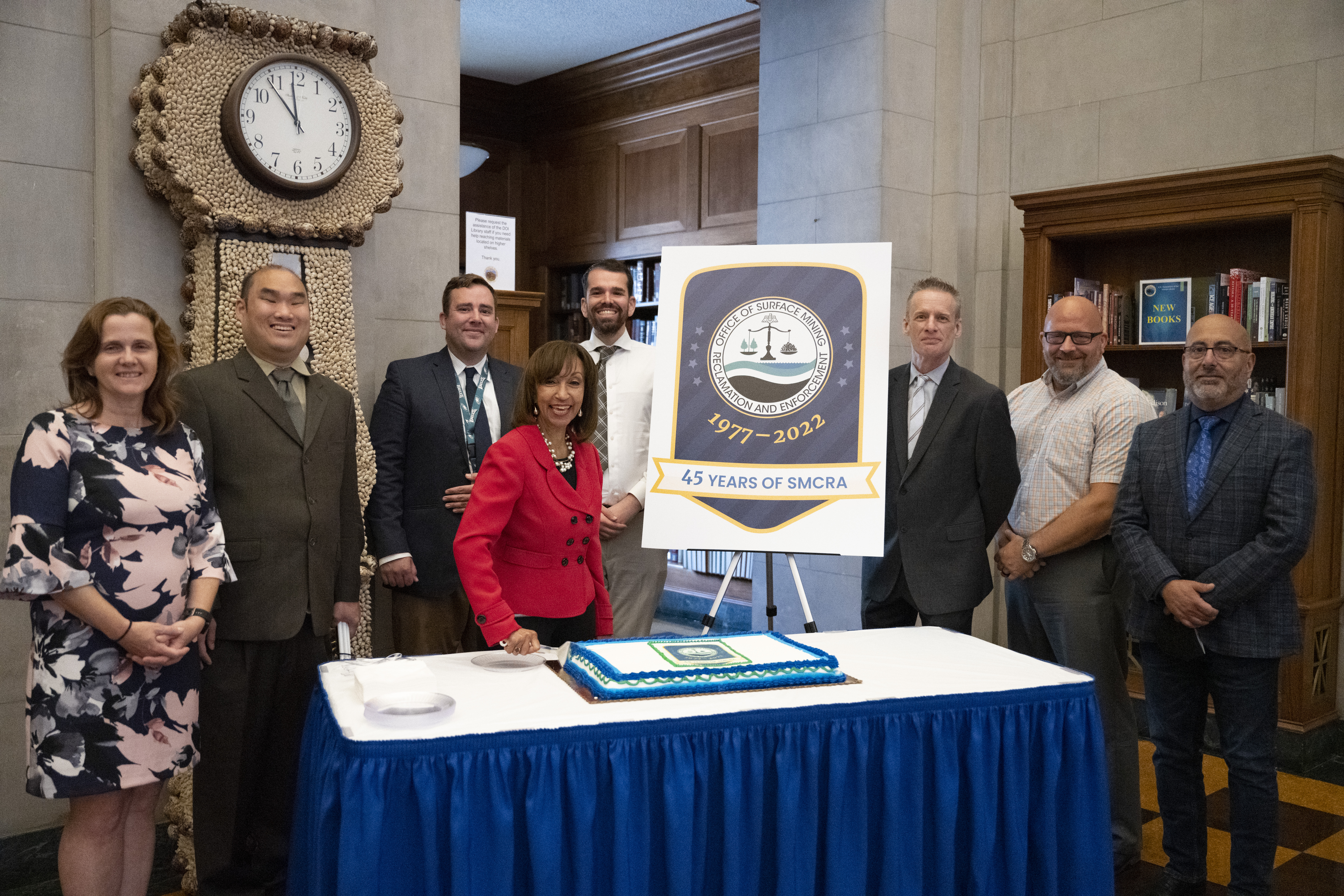 A theme of the 45th anniversary observance is reinvigorating coal country over the next 15 years as the nation shifts to clean energy. The Bipartisan Infrastructure Law, P.L. 117-58, enacted on November 15, 2021, provides historic levels of funding to address legacy coal clean up and spur economic redevelopment. A total of $11.3 billion in AML funding over 15 years will go towards helping communities eliminate dangerous environmental conditions and pollution caused by past coal mining. This funding is expected to address the vast majority of inventoried abandoned coal mine lands in this country.

“OSMRE, through the promise of the Bipartisan Infrastructure Law, has the resources to reinvigorate coal country as the nation shifts toward a clean energy future,” said Deputy Director Glenda Owens.

Over the last 45 years, SMCRA has directly contributed to the closure of more than 45,000 abandoned underground mine shafts and openings; regraded nearly 1,100 miles of highwalls; and rehabilitated more than 1,500 miles of clogged streams. All of this has improved health, safety, and economic conditions in mining communities.

OSMRE carries out the requirements of the Surface Mining Control and Reclamation Act of 1977 in cooperation with states and Tribes. OSMRE’s objectives are to ensure that coal mining activities are conducted in a manner that protects citizens and the environment during mining, to ensure that the land is restored to beneficial use after mining, and to mitigate the effects of past mining by aggressively pursuing reclamation of abandoned coal mines.