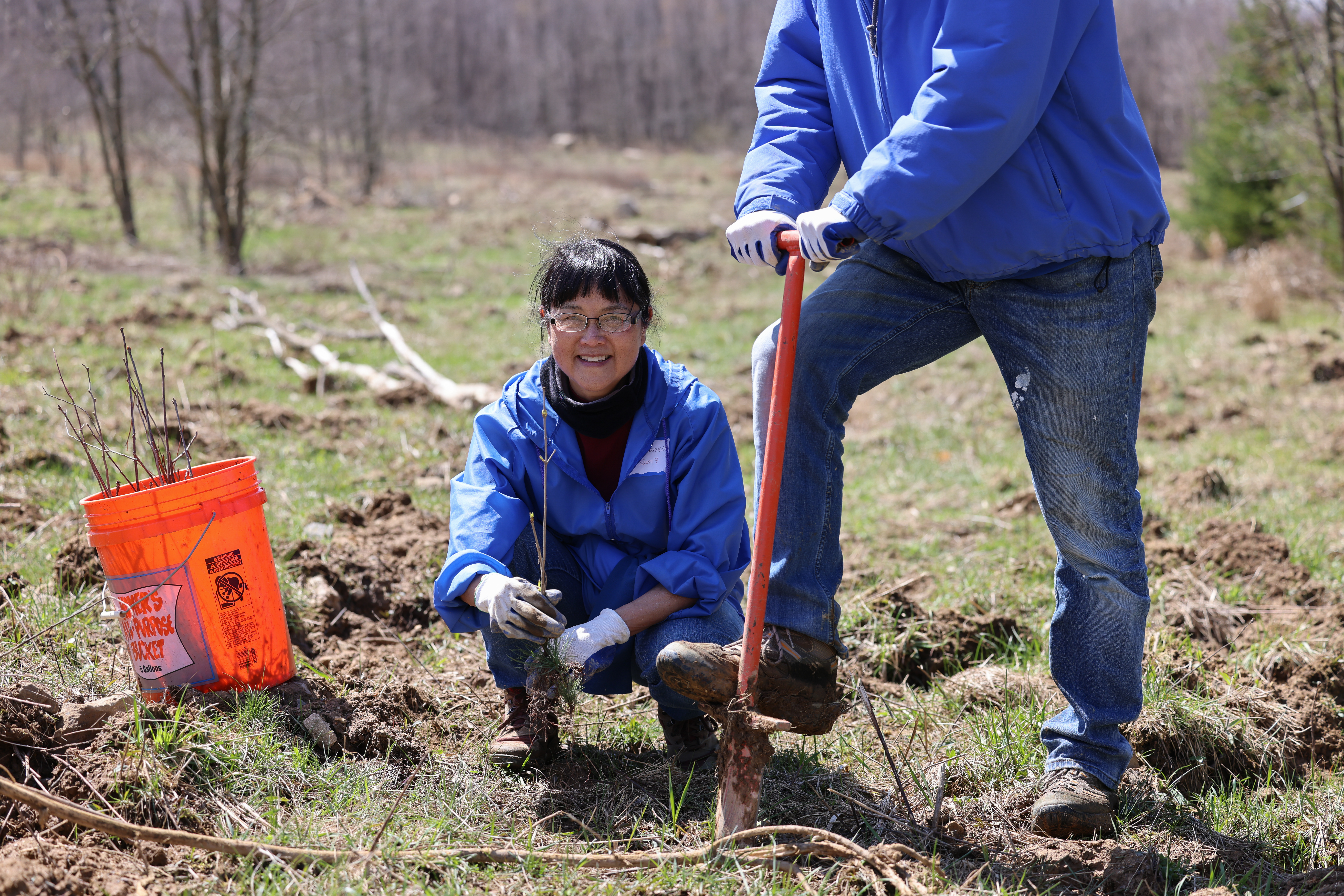 Volunteers gathered at the Flight 93 National Memorial, on April 22, for a two-day event to plant native trees. The event is the culmination of more than 10 years of work to reclaim former coal mine land where the memorial resides.

Under the Office of Surface Mining Reclamation and Enforcement, the Appalachian Regional Reforestation Initiative partnered with non-profits and the Flight 93 National Memorial to reclaim the coal mine land using the forestry reclamation approach. Since 2012, volunteers have planted more than 150,000 trees, across 214 acres, with 41 different species of native trees and shrubs, at the memorial. 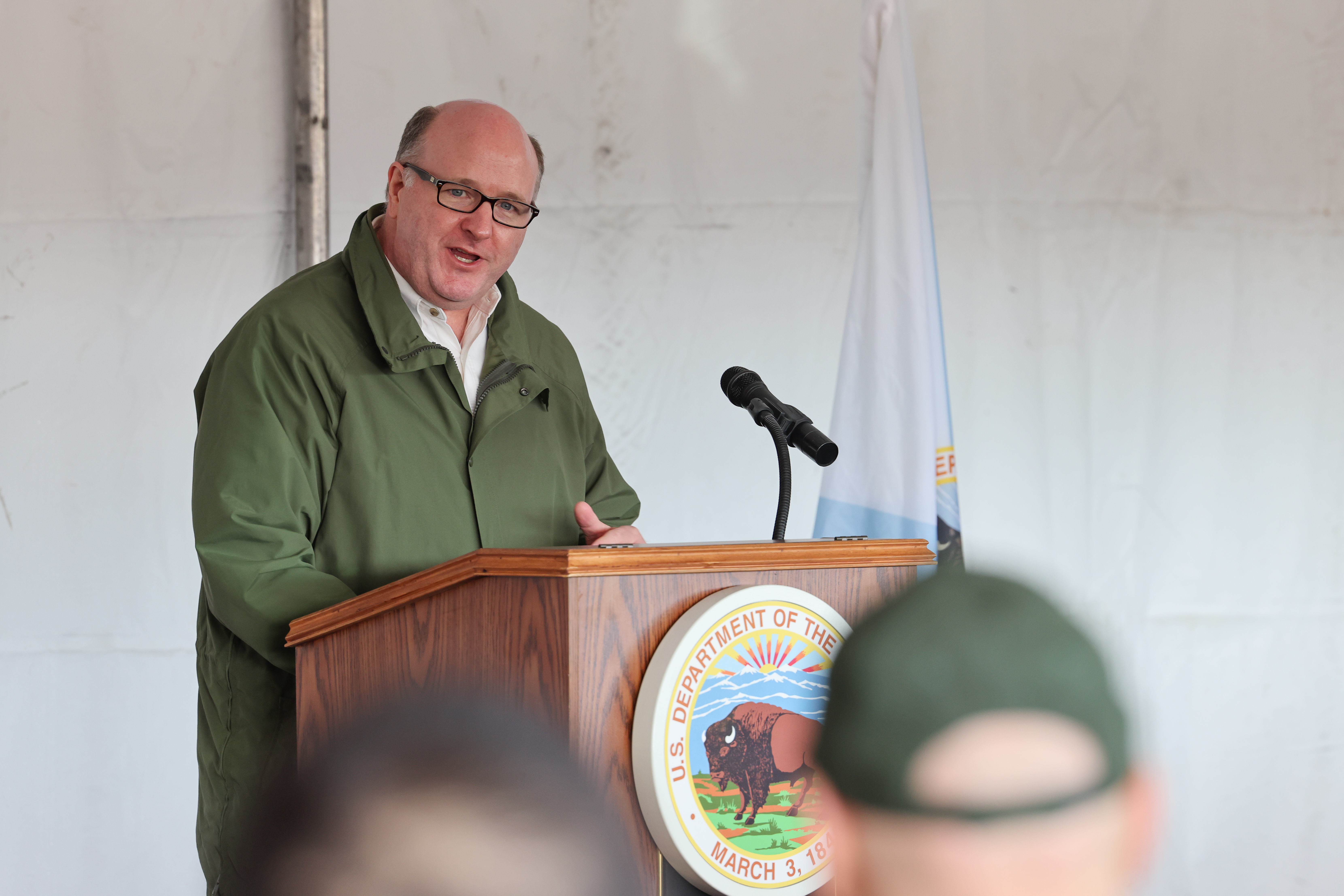 “A principal tenant of the mission of the Office of Surface Mining Reclamation and Enforcement is to heal or reclaim lands that have been impacted by surface coal mining,” said Tom Shope, OSMRE Regions 1 & 2 director and field special assistant to the secretary, during his opening remarks. “I remember very clearly when, over 10 years ago, Scott Eggerud and his colleagues from the Appalachian Regional Reforestation Initiative came to me with a simple idea. Let's use our expertise to reclaim this former mine site,” Shope remarked. “Because at OSMRE, we know how to reclaim the soils, the water, the ecosystem; but, here, we had a chance to help reclaim this site from a place of tragedy to a place of honor.”

Following remarks highlighting the 10-year accomplishment, volunteers worked their way to the ripped land, which is the second step of preparing land for tree planting in the forestry reclamation approach. As volunteers planted the seedlings, they were reminded of the purpose of the living memorial. 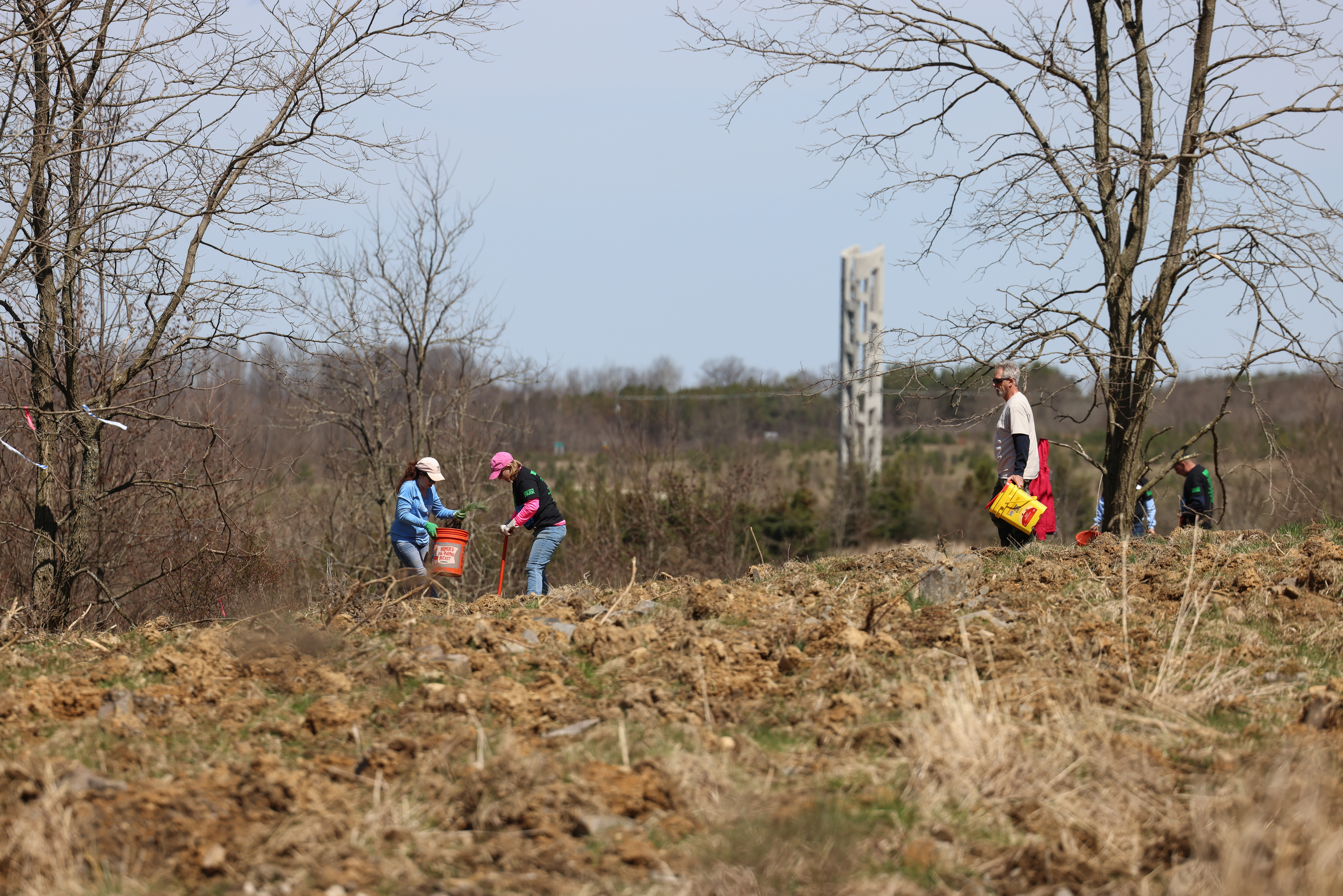 “As we're planting trees, we could see the Tower of Voices, and it was a continual reminder of why we were there,” said Kamiliah Pendleton, OSMRE geographer and planting volunteer.

The Tower of Voices is a 93-foot-tall musical instrument that honors the 40 passengers and crew of Flight 93 with 40 wind chimes.

“It's a big deal to me,” Kamiliah said. “It is certainly fulfilling on a personal level outside of just work. You know it's being able to give back in that way… but also in tandem, we're reclaiming mine lands.”

During his remarks, Shope challenged the volunteers to continue to be a positive influence in their communities.

“As these seedlings take root, both literally and figuratively, we all have more work to do,” Shope stated.  “Whether it is here at flight 93 or elsewhere, I encourage you to let these roots take hold in you to continue to volunteer, to get involved and make a difference!”