The National Mine Map Repository (NMMR) collects and maintains mine map information for the entire country. NMMR acquires maps through public outreach with state and federal environmental agencies as well as mining companies, engineering and consulting firms, surveying companies, universities, and private citizens.

The Federal Coal Mine Health and Safety Act of 1969 established the Mine Map Repository. The facility stores over 150,000 maps of closed and/or abandoned, surface, and underground mines throughout the United States. The repository contains mines from the 1790s to the present day. These maps are archived digitally and on microfilm (aperture cards). The index system allows visitors to search the database listing of mine maps available through the NMMR.

The National Mine Map Repository (NMMR), established by the Federal Coal Mine Health and Safety Act of 1969, is charged with maintaining an archive of all closed and abandoned mine maps from throughout the United States. Through its expert analysis of mine maps and related information, the NMMR assists both the private and public sectors in evaluation of related data for economic valuation, risk assessment, industrial and commercial development, highway construction, and the preservation of public health, safety, and welfare. The NMMR strives to increase public use and accessibility of its unique information by transforming its archive into digital geo-referenced media.

Mine maps within the Office of Surface Mining Reclamation and Enforcement (OSM) National Mine Map Repository (NMMR) are not guaranteed to be accurate, correct, or complete.

All maps in the NMMR have been donated to the OSMRE. The information contained therein cannot be verified and so cannot be guaranteed.

OSMRE’s inability to guarantee includes, but is not limited to, the following:

In 1969, an act of Congress established the need for a national mine map repository. The repository was to be funded and assigned to the Department of the Interior (DOI), Bureau of Mines (BOM) in 1970. A repository was set up at a BOM office in Pittsburgh, Pennsylvania that covered all states east of the Mississippi River with the exception of Louisiana and Minnesota. Those two states, together with most states west of the Mississippi River, were covered by a repository at the BOM Intermountain Field Operation Center in Denver, Colorado. Northwest states were covered by the BOM office in Spokane, WA.

In 1982, the responsibility for the repository and its staff was formally transferred to DOI's Office of Surface Mining Reclamation and Enforcement (OSM). Later, when BOM was dissolved in 1996, all of the maps from the BOM offices were consolidated into two separate OSMRE repositories, one each in the cities of Pittsburgh and Wilkes-Barre, Pennsylvania. The Wilkes-Barre Repository covered only the anthracite coal region of northeastern Pennsylvania. In 2011, the Wilkes-Barre Mine Map Repository closed. The entirety of the National Mine Map Repository's collection now resides in the Green Tree (Pittsburgh), PA office.

From the beginning, the mission of the repository has been to obtain authoritative maps on completed mining operations and preserve them for future generations, be they on microfilm or now digital. High priority is given to maps of mines in areas where the potential for adverse impact to the environment is most significant. The NMMR, in addition to being an archival entity concerned with the preservation of mine maps, is a storehouse of information on mines. The NMMR index system is a database of mining related information. It is a valuable resource for identifying mineral and energy reserves and for addressing mining related environmental issues. The information is made available to Federal and state geological surveys, state mining bureaus, mining companies, oil and gas companies, conservationists, research and planning organizations, water pollution boards, city and industrial planners, highway engineers, building contractors and real estate developers, and private citizens.

Today the NMMR is a modern high-tech facility with leading edge map scanning and archiving capability, and a state-of-the-art electronic map indexing system. The primary archive of over 400,000 .tiff images resides on over 30TB of storage space.

As maps are obtained at the repository, they are assigned a unique six-digit identification number (document number). Data sheets are prepared for each map giving all available information including: This information is added into the repository's database. The maps are then scanned into a digital format and stored on the repository's various mass storage arrays. The digital files are converted to microfilm for permanent storage in our archive.

The NMMR acquires maps through a vigorous outreach program directed at the public and state and federal environmental agencies.
Other sources include:

We are always looking for donations of mine maps to add to our microfilm/digital collection. When maps are received from a donor they are scanned and converted to microfilm, and placed in the archive. The maps, along with a scanned images are returned to the donor. If you have mine maps that you would like to donate, please contact the NMMR. 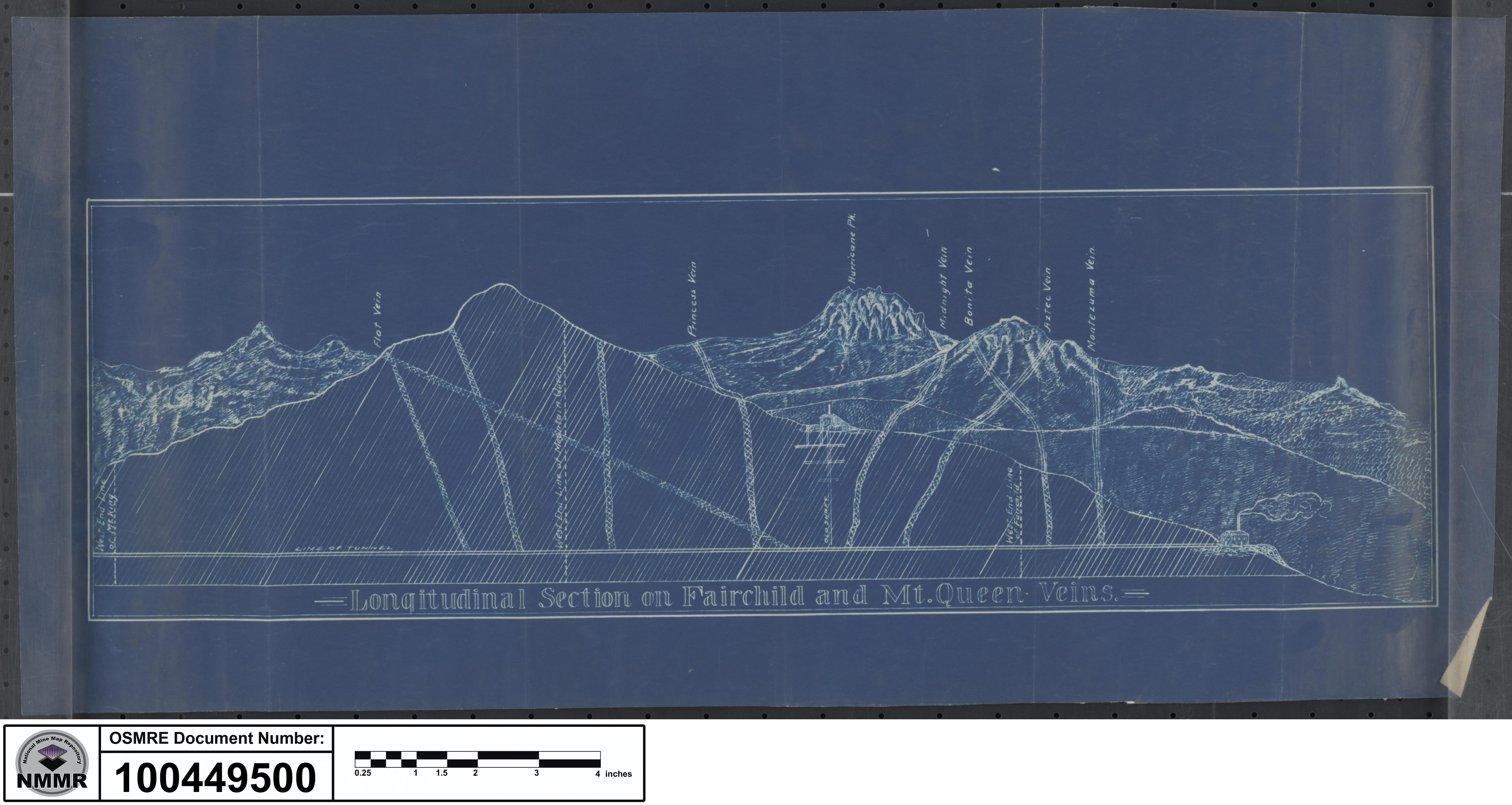 The NMMR provides services ranging from retrieving mine related data for economic analysis to determining the potential risk associated with underground mining. We are not permitted to assess. The data from the archives aids the public & private sectors to do such things, but we do not. We will explain a map to novices (students, homeowners) including whether or not the area has been undermined. We determine which maps are suitable to be archived within the Repository - assessing the content & physical condition of the maps. We ascertain data from the map & enter it into a searchable database. 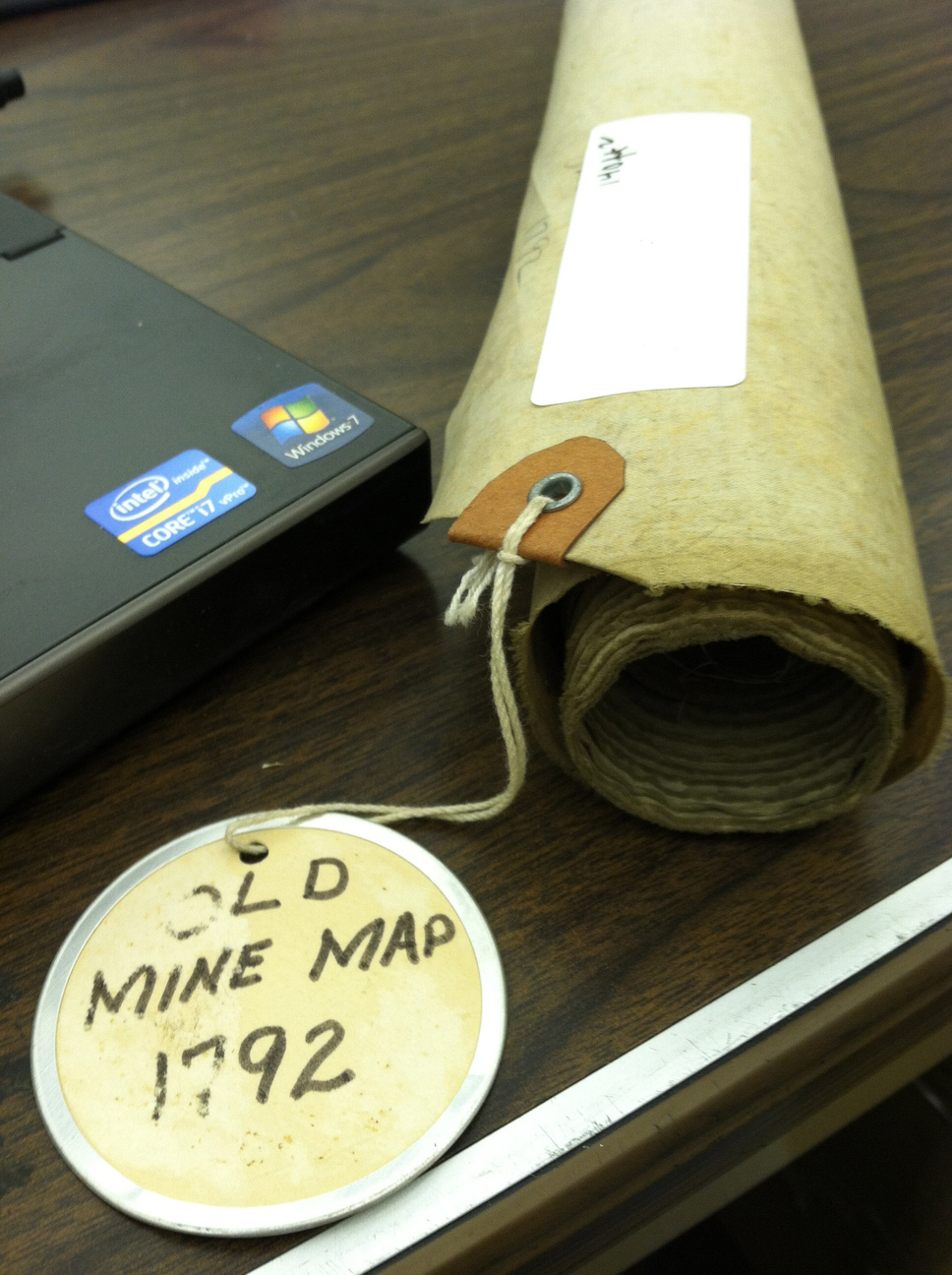 The oldest mine map within NMMR's archive is the Old Mine map from 1792.

We are currently moving towards an accessible, spatial database by digitizing & geo-referencing the nearly quarter-million digital images in the archive. As of 2/25/14, about 13% of the archive has been geo-referenced. Through analysis of mine maps and related information, the repository assists private and public sectors in industrial and commercial development, highway construction, and the preservation of public health, safety, and welfare. In addition, we collect, reproduce, and maintain a national inventory of mine maps and supporting documentation for private and public interests.

The NMMR contains digital and microfilm maps of surface and underground coal, metal and non-metal mines throughout the United States. Some of the information that can be found in the repository includes:

The NMMR offers scanned map images (ranging from 200 dpi to 400 dpi) on CDs/ DVDs or as paper prints. Newly donated mine maps will be scanned in color. Microfilm mine maps are available for viewing by appointment.

The following is an example of some of our clients and the types of requests we receive: Maps are available for viewing by appointment only. 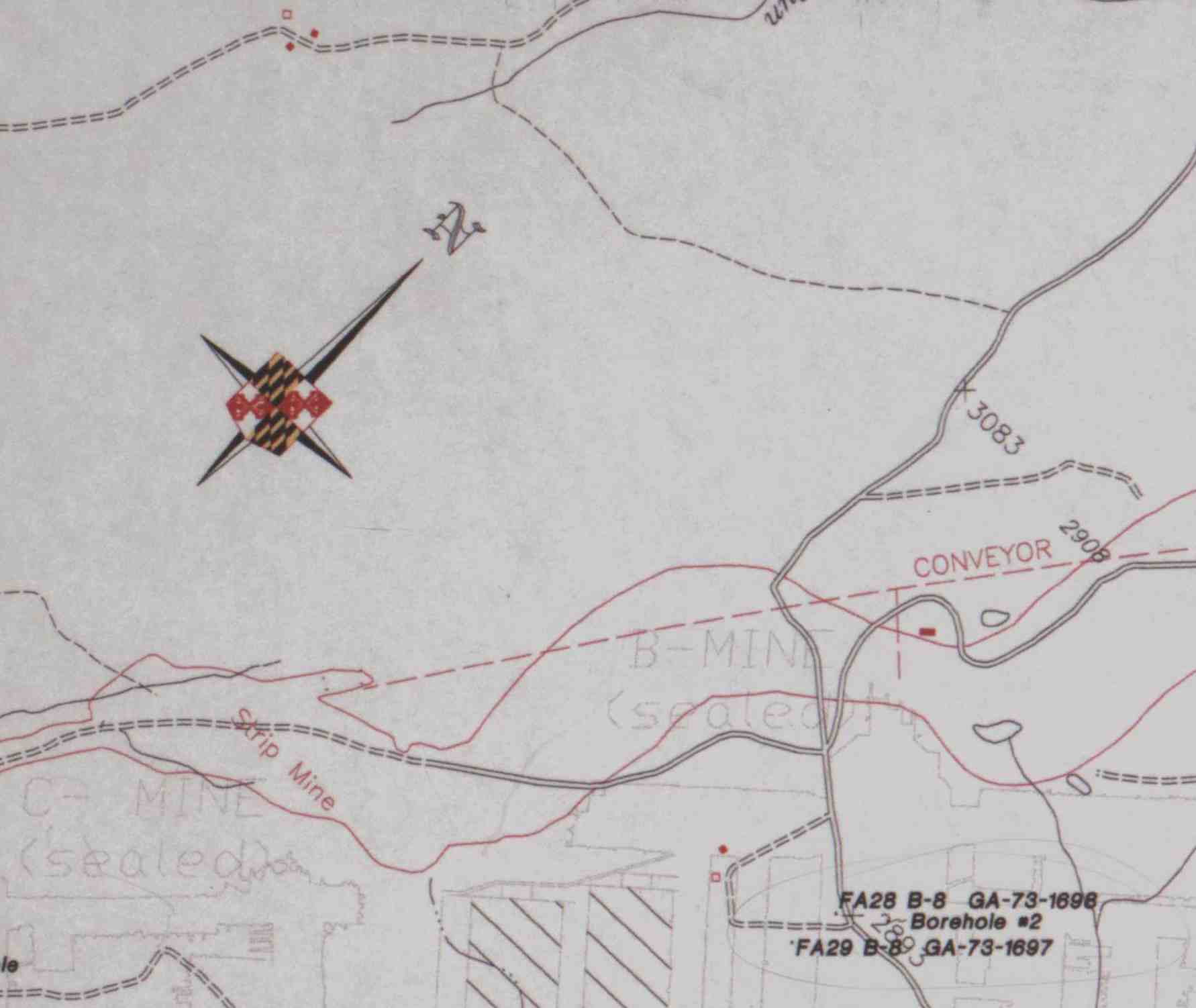 The NMMR utilizes state of the art equipment to accomplish our mission of protecting and preserving mine maps for future generations.

Below are some of the equipment used within the repository: 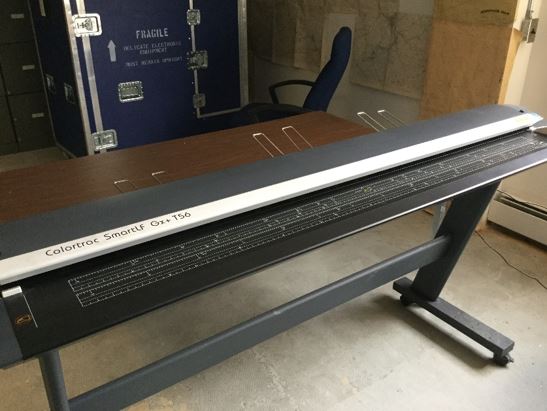 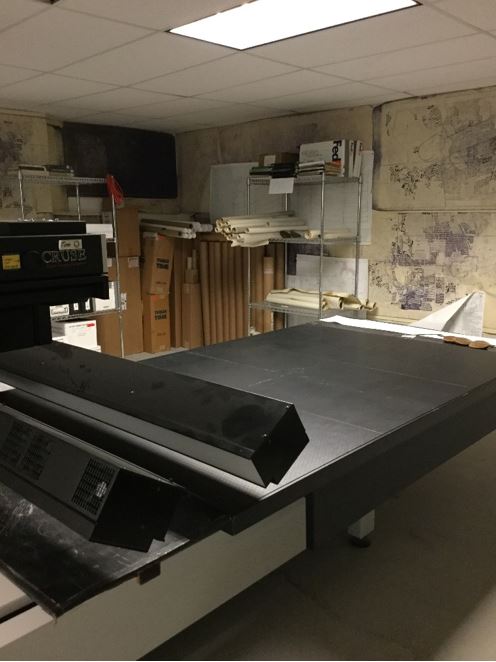 Below is a listing of additional mine map repositories:

Mine maps within the Office of Surface Mining Reclamation and Enforcement (OSMRE) National Mine Map Repository (NMMR) are not guaranteed to be accurate, correct, or complete.

All maps in the NMMR have been donated to the OSMRE. The information contained therein cannot be verified and so cannot be guaranteed.

OSMRE’s inability to guarantee includes, but is not limited to, the following: 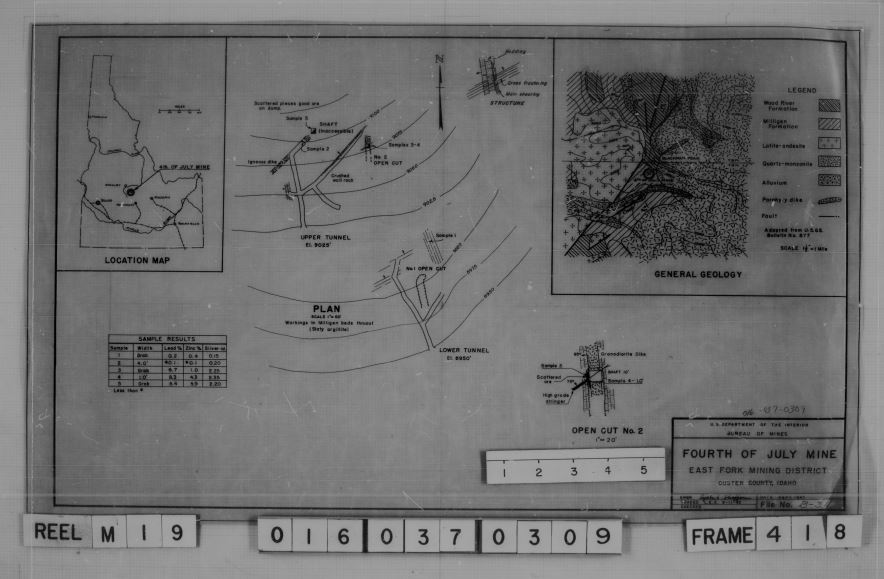